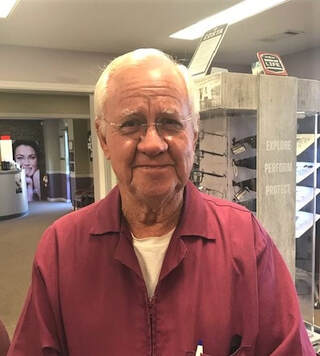 Mr. Terrell Underwood began his optical career in 1961 at the American Optical Company. Shortly after beginning at American Optical as a delivery boy, he started training in the laboratory first in surfacing and then on to finishing work. In 1964 he became an apprentice dispensing optician and was licensed in 1969. He began his professional career at Milam's Opticians in 1969. In 1983 with the pending retirement of company namesake owner Homer Milam ,he elected to purchase the Conyers store. The Conyers location was operated as an independent dispensary until 1997 when his daughter, optometrist Dr. Stacy Underwood Carson, joined him and made Milam's a full-service general practice in eye care.
A resident of Conyers for over 40 years, Terrell is well-known and loved in the community.  He has seen Rockdale County go from an obscure small town to a key figure in Metro-Atlanta commerce.  While he has allowed his business to experience some of that growth, his insistence on small town, personal service is steadfast.  Terrell enjoys NASCAR, classic cars, boating, and loading up his dogs and family to spend weekends at his property on Lake Oconee. 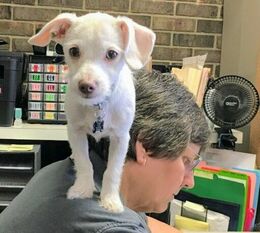 Terri joined the Milam's staff in June of 2016. She puts her years of customer service experience to work as our front office coordinator. Murphy joined the Milam's family in March of 2019. Among his duties as Milam's mascot he greets our patients and helps throughout the office as needed.
When not at Milam's, Terri enjoys watching the Georgia Bulldogs, spending time with her six grandchildren and just hanging out with Murphy.
Gretta Dobbs, Ophthalmic Technician﻿ 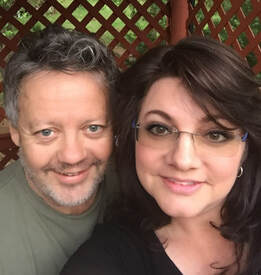 Known to her friends and our patients as "Garbo," Gretta joined the Milam's family in February 2014. Her bubbly personality and eagerness to help others makes her a joy to both patients and co-workers alike. With over 15 years experience as an optometric technician, she first met and worked with Dr. Carson during the doctor's time as an intern.  Garbo has made an art out of couponing and generously shares her money-saving tips with her co-workers.  A dedicated wife and mother to two teenage sons, she enjoys spending quality time with her family. 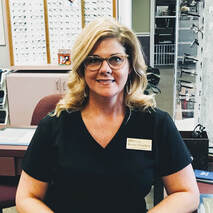 Brooke has been working as an Optometric Assistant since 2000. She joined the Milam's family August 2019, transferring from another local office where she had been providing patient care for 19 years. She loves eyes and everything involved in Optometric care. Brooke enjoys spending time with friends and family. 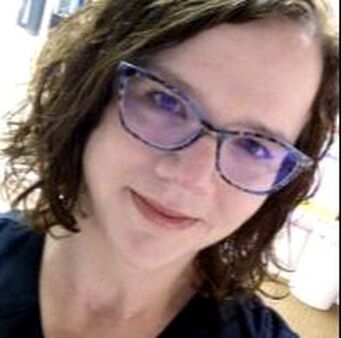 ​Stephanie "Stevie" Jenkins joined Milam's in August, 2017.  She discovered her passion for eye care in 1992 in Memphis Tennessee.  Since that time she has worked in the optical field throughout the Southeast.  She became a Georgia licensed Optician in 2009 and holds certifications from the American Board of Opticianry, the National Contact Lens Examiners, and the American Optometric Association.  A Conyers native, she enjoys reading, researching genealogy, couponing, and serving at the Conyers Church of Christ. 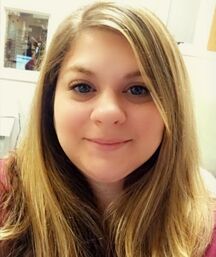 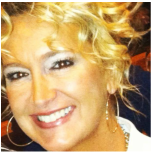 A lifelong friend of Dr. Carson and family, Diana recently became Office Manager at Milam's for the second time in July 2016 - leaving the first time in 2003 to raise a family. Growing up in the community and having previously worked for Milam's, she was instrumental in cultivating and is now dedicated to maintaining the level of patient and customer care that has always been a trademark of Milam's.  With years of experience in both billing and insurance claims, she is always available to assist patients with their questions and concerns.  Familiar to some of us, new to others, she has a way of putting the staff of Milam's at ease while keeping us on our toes.  With five grown children, Diana and her husband of 14 years are now enjoying their empty nest in Morgan County where they raised their family. Before Milam's coaxed her out of early retirement, she was working on her first work of creative non-fiction and hopes to complete it in the near future.  She is an avid reader and enjoys traveling and kayaking with her husband.